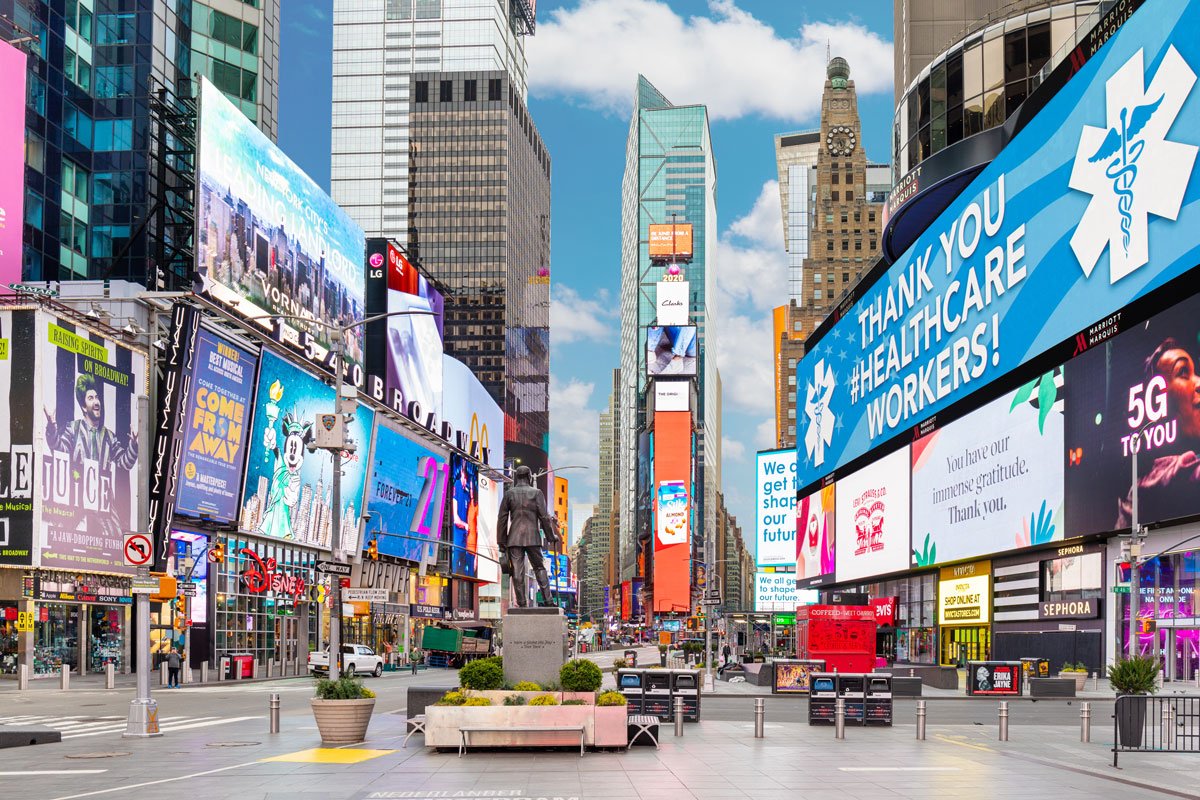 New York City is no stranger to adversity, but New Yorkers are known for being tough. Dating back to the early 1900s, Europeans migrated to the city and had to compete for money, jobs and housing to survive in America. In the past 20 years, New Yorkers have had to overcome some extraordinary hardships. First was 9/11, followed by The Great Recession of 2008, then Hurricane Sandy and now The Coronavirus Pandemic. This past year, the streets were desolate similarly to the days after the 9/11 attacks. Jobs were lost, business shut down, many of them permanently, and the stock market dropped reminding us of The Great Recession. Bars and restaurants were forced to close their doors much like the aftermath of Hurricane Sandy.

Over 1000 bars and restaurants have closed for good in New York City this past year, causing over 140,000 jobs lost. It started on March 16, 2020, when all bars and restaurants were forced to shut down. These business had to rely on delivery and takeout for any source of income for months. In June, bars and restaurants were allowed to serve customers outdoors. Many have been able to build outdoor patios on the sidewalk or street and it looks like those are here to stay, which is a positive, especially for the upcoming summer months, for establishments that did not have outdoor seating before. Indoor dining was reinstated in September at 25% capacity, shut down again in December, reopened at 25% again on Valentine’s Day and 50% on March 19th, which is where it stands now. It has undoubtedly been a devastating experience for the industry and its workers. Bars and restaurants are essential to the social and economic fabric of the city. Much of New York City’s culture lives in this industry. Of the establishments that have closed due to the pandemic, many of them were iconic, leaving bar and restaurant goers devastated as well. We are sad to say goodbye to all the bars and restaurants that have closed, but these are some of the icons that made a big impression on New York City.

COPACABANA- The city’s oldest nightclub and most iconic destination for latin music and dancing. The Copacabana had many homes throughout its 80 years, and was home to many legendary performers, including Frank Sinatra, Dean Martin, The Supremes, and of course, Barry Manilow with his song named after the club. It hosted some of the biggest celebrities from Andy Warhol to Mariah Carey to Yankees Mickey Mantle, Billy Martin, Yogi Berra and more.

PEGU CLUB- One of the seminal bars that pioneered the craft cocktail movement in the U.S. This bar gave rise to many other iconic cocktail bars opened by veteran bartenders on Pegu Club’s team led by bar-world legend Aubrey Saunders who opened the doors in 2005.

GEM SPA- The birthplace of the authentic NYC-style egg cream, this newspaper stand and candy store has been serving New Yorkers since the 1920s. It was intrinsic to the city’s fashion in the East Village, on the corner of St. Mark’s Place and 2nd Avenue, where you could grab cigarettes, a magazine, or a scarf or hat any time.

21 CLUB- New Yorkers will miss the famous lawn jockeys that stand guard outside the 21 Club on West 52nd Street. The doors have closed to New York’s most famous clubhouse after nearly a century of entertaining members.

LUCKY STRIKE- One of the last spots in Soho that made you feel like you found a one-of-a-kind treasure. After the neighborhood was stripped of its artistic vibes and replaced with luxury stores throughout the years, this Soho institution kept its old school New York vibes since 1989. New Yorkers loved that it was unpopular by tourists.

MAX FISH- More than just a bar, this Lower East Side staple has been home to grungy artists and skaters alike since 1989. Its easy-going, come as you are personality also served as an art gallery and performance stage for up and coming artists and musicians.

FAT RADISH- The place to see and be seen. This hot spot opened in 2010 and created a buzz in the fashion industry. Blogs and publications wrote articles on what to wear when going there, who was seen there, and the delicious food that none of the guests ate. If you were into the nightlife scene in NYC, you were here many times.

NITECAP- This hard to find cocktail haven resided in a basement and was the spot Lower East Side’s off duty bar bartenders went to get a good cocktail. Since 2014, bartenders would roll in to mingle with bar goers on the other side of the bar.

THERAPY- In 2003, the opening of Therapy highlighted the shift of the city’s gay center from Chelsea to Hell’s Kitchen. Over the years, the bar’s drag shows have been hosted by several performers who went on to appear on Ru Paul’s Drag Race. It was a home away from home for the gay community.

UNCLE BOONS- One of the most beloved Thai restaurants in the city. This place served complex and often fiery dishes in a laid back environment with authentic decor and Thai flatware. Since opening in 2013, the stereo played old Thai covers of 70’s American pop and rock classics.

BAR SARDINE- This 28-seat restaurant sat on a corner in the heart of the West Village since 2014 and served a wildly popular burger. Locals will miss the perfectly seared patty topped with smoked cheddar, barbecue mayo and thin strands of crispy potatoes.

New York City is resilient and will come back stronger than ever. However, without these iconic establishments and many others, it will definitely look different and feel a little empty until new favorites start popping up.

One-Year Warranty - Meltdown is protected by a one-year warranty against materials and workmanship. Does not cover damage due to misuse or accidental dropping.